This Saskatoon doctor is prescribing magic mushrooms for depression A clinic in Saskatoon is helping local residents access psychedelic drugs, joining groups across the country touting the therapeutic benefits of these once-prohibited substances.

“This is going to be a revolution in psychiatry and psychology. And I think it’s going to have a dramatic impact on how we treat patients; how we talk to patients,” said Monika Hooper, psychiatrist and co-founder of the Linden Medical Centre.

Hooper helps patients with severe, treatment-resistant depression by connecting them with breakthrough drugs like psilocybin mushrooms — popularly known as magic mushrooms — and injections of ketamine, a common anesthetic that has been shown highly effective in treating symptoms of depression.

Mushrooms aren’t yet approved for widespread medical use, but the clinic will help patients complete an application to Health Canada for special access.

The Alberta government announced on Oct. 5 that it would regulate the use of psychedelic drugs for the treatment of psychiatric disorders, becoming the first province in Canada to do so.

The Saskatchewan government is taking a more cautious approach.

In an emailed statement to CTV News, the Saskatchewan ministry of health said it is not currently seeking an exemption for the use of psychedelic substances.

“More research on the efficacy of this type of treatment is needed,” the statement said.

“There has been a real acceleration, that we’re beginning to see not only a kind of growing enthusiasm in the medical literature and scientific literature, we’re seeing psychedelics really mainstreaming … and now we’re starting to see jurisdictions actually changing the laws,” said Erika Dyck, a University of Saskatchewan professor who studies the history of psychedelic drugs and mental health care.

Medical providers in Saskatchewan continue to work with the federal government to make psychedelic drugs available for treatments ranging from end-of-life anxiety, to depression and PTSD, with or without provincial support.

Hooper says she’s comfortable continuing to work within the current regulatory regime, though it would be nice to have clearer guidelines.

“Whether it’s from the College of Physicians and Surgeons of Saskatchewan, or from Health Canada, just saying, you know, ‘this is what we think you should do. This is what we think you shouldn’t do.’ Because right now what’s happening is we get the psilocybin and … I could give the medication to the patient and say, ‘Take this at home. Good luck. See you later.’ Right? And to me, that’s not an ethical way to use psilocybin, right? And it’s not an ethical way to treat the patient.”

So far, the Linden Medical Center has approval for four patients to use psilocybin. The patients get two doses, administered in two separate sessions several months apart. 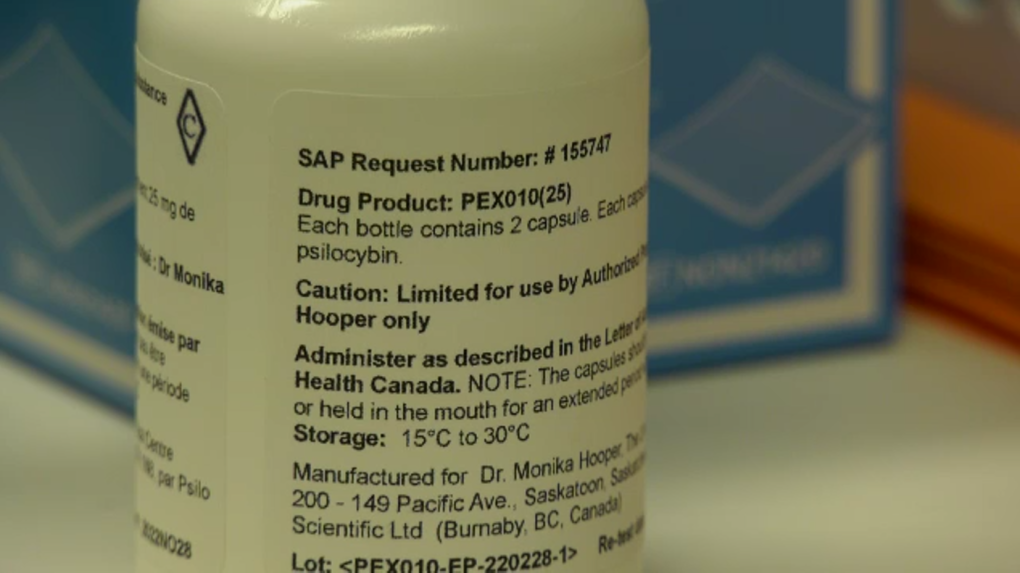 In British Columbia — often the vanguard of drug law reform in Canada — a federal exemption will effectively decriminalize the possession of some controlled substances for three years beginning in January.

Already brick and mortar storefronts have appeared in Vancouver selling psychedelic mushrooms, and compassion clubs that previously provided medical cannabis outside of legal channels have added mushrooms and LSD to their inventory.

Dyck says there are parallels in the growth of psychedelic medicine to that of medical marijuana, and the path to marijuana legalization.

“Laws are being broken or pushed, in part coming back to this kind of renaissance moment that medical literature and social, sort of, cultural discourse is changing. So it seems that something’s got to give, and how that happens in Canada, I think there’s a real kind of an incredible opportunity to be leaders in this movement and really think through how this could look.”

Atma Journey Centres, a self-described “full-service psychedelic therapy clinic” based in Calgary, has just been approved to do a 500-person Phase II clinical trial exploring the use of psilocybin to treat medical professionals suffering from COVID-19-related mental health challenges.

On its Facebook page, Atma commented on the regulatory changes in Alberta and BC.

“With all the hype surrounding open storefronts selling psychedelics illegally in BC, Alberta just popped its head up to lead the way with a precedent-setting move toward legalization and regulation of these powerful medicines.”

Source: This Saskatoon doctor is prescribing magic mushrooms for depression